Well, this one’s a bit confusing. There were two Miami Pop Festivals in 1968 located at Gulfstream Park in Hallandale, Florida and they were run by completely different people and were somehow unrelated to each other. This confusion has understandably lead to some modern accounts reporting that they were all one event instead of two. These are also not to be confused with the Miami Rock Festival that occurred the following year… 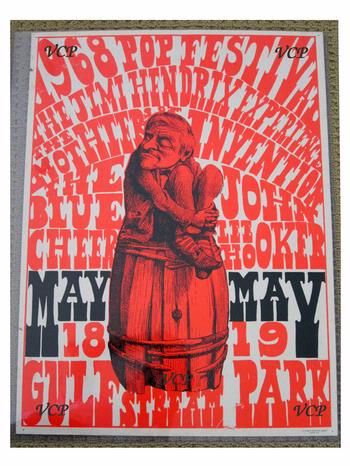 The first and slightly better known festival, which occurred from May 18th-19th of that year, was co-run by future Woodstock creator, Michael Lang. It featured Frank Zappa and The Mothers of Invention, Blue Cheer, The Crazy World of Arthur Brown, John lee Hooker, Chuck Berry and John Lee Hooker as well as a spirited appearance by The Jimi Hendrix Experience. 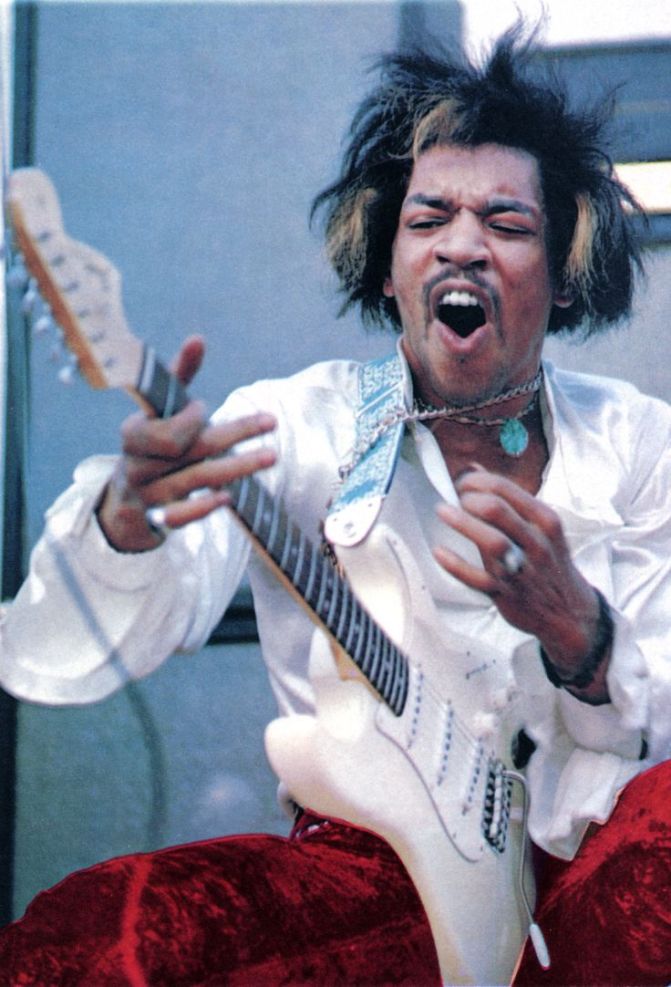 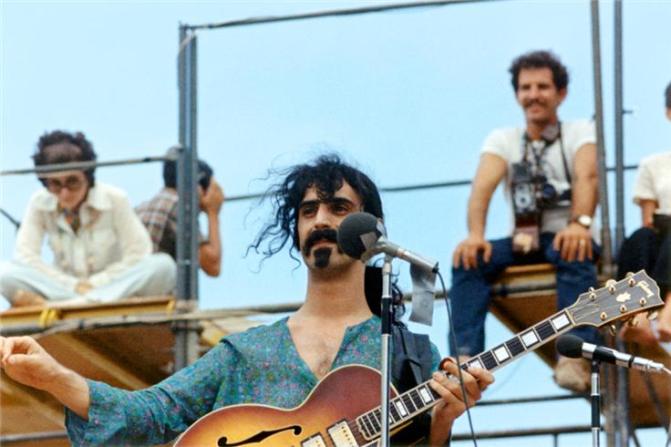 The stage, which, according to Michael Lang’s account in Woodstock Festival Remembered, was constructed out of “six flatbed trucks” and was protected by a pool of water, which did very little to hold back the reported 25,000 or so fans back. Evidently, the MC made false announcements to the audience to stay away from the water due to it being filled with sharks, in an attempt to keep them out (as referenced by sound engineer Eddie Kramer in the documentary, who recorded Hendrix’s set). That would be the last thing one would want to tell a large group of people that likely are on a wide assortment of psychedelics, but I have to assume that it all worked out… 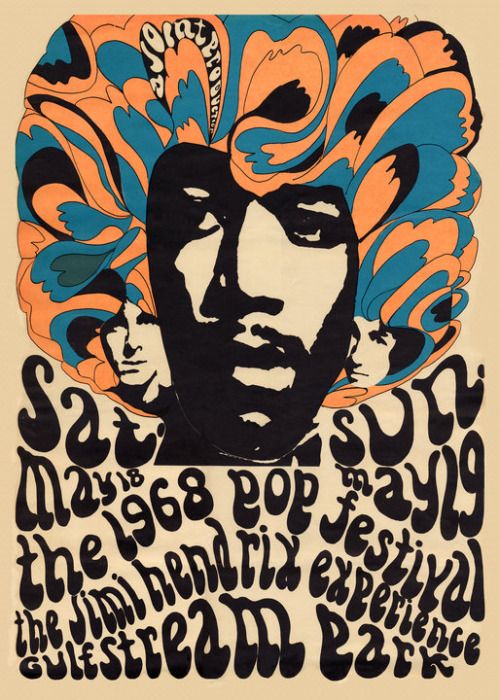 The Experience being escorted to the site via helicopter

It’s hard to find much about how the rest of the show went apart from Hendrix’s afternoon and evening sets (and the fact that he missed his pickup and had to be flown in via helicopter). The afternoon performance is indeed one hell of a good one and also one of only a small handful that he performed outside during the daytime. It’s a little strange seeing footage of him in full flight with his guitar in bright, glowing sunlight. 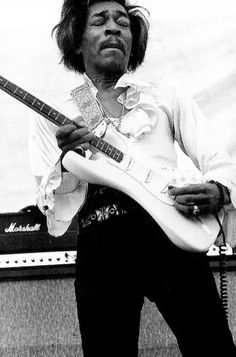 For some reason though, his afternoon set was only recently released after years and years of rumors and bootlegs. If you dig Hendrix, you have to hear this concert. 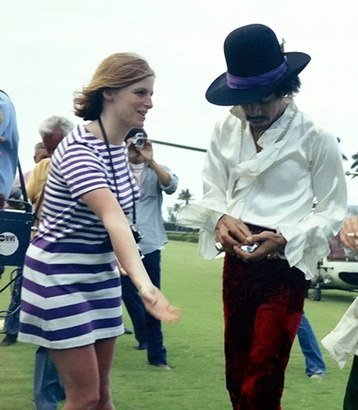 Hendrix with Linda Eastman (later McCartney) at the festival

Much like Woodstock though, Miami Pop suffered rain showers but unlike Woodstock, the rain actually forced the festival to cancel its last day. It has been said that this cancellation is what gave Hendrix the idea to write Electric Ladyland’s “Rainy Day, Dream Away.”

“Rainy day, dream away
Ah let the sun take a holiday
Flowers bathe an’ ah see the children play
Lay back and groove on a rainy day.

Well I can see a bunch of wet creatures, look at them on the run
The carnival traffic noise it sings the tune splashing up ‘n’
Even the ducks can groove rain bathin’ in the park side pool
And I’m leanin’ out my window sill diggin’ ev’rything
And ah and you too.”

The second festival, which took place on December 28th-30th that year, featured a much bigger line up and therefore drew much bigger crowds (estimated to be 100,00). Diverse acts such as bluesmen James Cotton and Junior Walker and acid rockers like Procol Harum and Iron Butterfly and even pop groups like The Turtles to the Box Tops took to the main stages over the two days.

Ellen Sander of The New York Times, in her January 1969 article, The Miami Pop Festival: An Inspired Bag of Pop paints the scene as a rather beautiful, near ethereal paradise.

“The two performance areas, one in front of the Gulf Stream race track grandstand, another in a large tree-lined meadow, were several acres apart. Between the two were an art exhibit, arts and crafts concessions, enormous pop art sculptures, food and drink concessions, and two live, painted Indian elephants who watched the spectacle with politely amused ponderousness.”

Sander goes on to say that some of the highlights of the festival included Three Dog Night’s cover-heavy performance as well as Pacific Gas and Electric, Sweetwater, Country Joe & The Fish being joined by Jefferson Airplane’s Jack Cassidy and Joni Mitchell’s closing rendition of “Get Together” while being accompanied by then-lover Graham Nash and Richie Havens.

The first of the Miami Pop Festivals is very important in rock history for being the true seed of Woodstock, since it gave founder Michael Lang a taste of how successful he could be at promoting such an event, while the second was the first large festival of its kind on the East Coast, giving the audiences a taste of the freedom and fun they could expect from a show like this. From this point forward, promoters and audiences alike were hungry for more and it was this hunger that would allow festivals like Woodstock and the Isle of Wight Festival to happen the way that they did.

(*Booker T. & The MGs and The McCoys were also advertised but did not perform)

While there isn’t an overall documentary on the festival to this date, footage from the festival as well as Hendrix’s afternoon set appeared on the Hear My Train a Comin’ DVD along with mini-doc with interview segments with Lang & Kramer.

Here’s a silent sequence of 8mm film shot very close to the stage at the festival by a then-15 year old fan, which features Arthur Brown, Zappa, Hendrix, and Blue Cheer that was uploaded back in ’09

No footage from the December festival seemed to have surfaced yet. If you happen to know of any, please let me know.

As previously mentioned, Hendrix’s afternoon set and two tracks from his evening set have been officially released. The evening set supposedly exists on bootlegs, but I haven’t found verification on that yet. Beyond Hendrix, no other audio from the festival  has appeared yet. 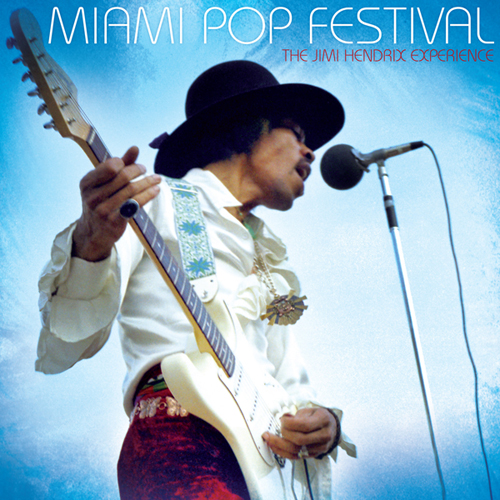 Audio from the December festival sadly is also fairly scarce, except for the Grateful Dead’s uncharacteristically short set from the 29th. Much like basically every Dead show, this set exists on a variety of bootlegs but has not yet reached an official release. 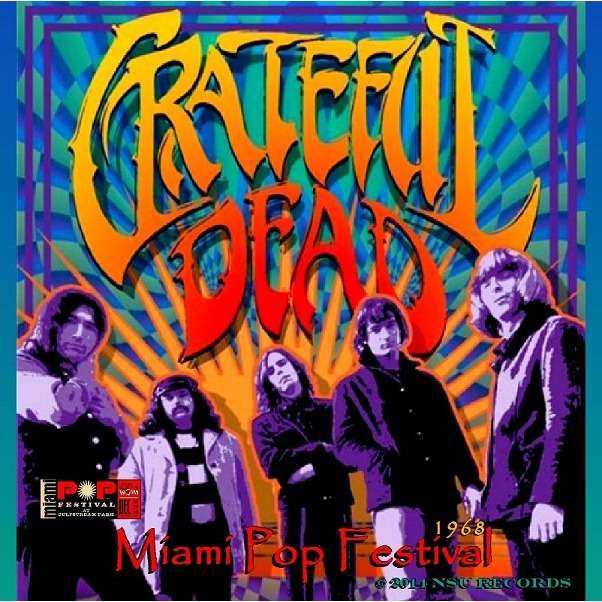 There is an excellent quality free stream available of a soundboard recording of their set over on Archive.org that is just sizzling. Short but pretty damn sweet, if you ask me. You can play the whole thing here or below.

Check back next week for a much less confusing festival elsewhere in the South.