The Newport Folk Festival in Newport, Rhode Island, isn’t obscure by any means; in fact, it’s a rather historic and culturally relevant event that still continues (very successfully) today. In terms of the individual yearly events, the ones you mainly hear most about include the 1965 festival where Dylan notoriously first went electric and some of the preceding years, which were captured on a variety of records and documentaries like Murray Lerner’s Festival! However, one of the most interesting and game changing events in Newport’s long history would be the 1968 festival.

With the interest in folk music and the folk tradition fading and after Dylan broke the electric barrier for the otherwise traditional fest, 1968 was the first time that the festival experimented with mixing in popular rock acts that absolutely needed amplification (no matter what an axe-wielding Pete Seeger would have to say about it) in order to attract audiences. Along with a long list of traditional blues, folk and bluegrass musicians, the people behind Newport added Big Brother and The Holding Company with Janis Joplin, Tim Buckley, Kaleidoscope (the US Kaleidoscope, not the British nor the Mexican band) and Buddy Guy with Junior Wells to the lineup. The result was the largest audience that the heritage festival had seen up to that time (around 17,000 or so).

As one could imagine, there was a bit of a culture clash, with the bulk of the audience coming just to see acts like Big Brother and having to patiently, perhaps passively, sit through old time country/bluegrass groups like Ralph Stanley and The Clinch Mountain Boys and Ken Threadgill and his Hootenany Hoots. Additionally, attempts were made to keep some of the amplification on the low side to keep from disrupting any of the number of folk music workshops that were taking place elsewhere in the field simultaneously. As Jon Landau of Rolling Stone Magazine said at the time, “But the thousands up near the front (of the stage)— including myself — screamed for them to turn it up so that Guy and then Junior Wells could get into their music. And the volume was increased.” This was clearly not what most of the 17,000 people would have come to expect, but it’s understandable why the promoters would at least give this a try (hell, sound pour-over is still a rampant problem at most festivals. Just ask Mark Kozelek…)

If you listen to the recordings made of the festival, you can tell that the promoters and MCs didn’t really know how to handle this new audience. The introductions made for some of the more traditional acts were slow, well thought out and nearly poetic, meanwhile the introduction for Big Brother was a sneering “You ready for STAR TIME?!” Cringe worthy.

Despite this clash of generations and shift in taste, the festival went surprisingly well and somehow didn’t overwhelm the site. Actually, what’s an even bigger surprise to me is that the powers that be of the state didn’t send in the National Guard or major police force as a response to the huge audience. With the memory of the supposed ‘riots’ of the 1960 Newport Jazz Festival still fresh in their minds, I could easily imagine that the locals would have been fairly skittish.

Some of the many highlights of the festival include an exciting set by Buddy Guy with Junior Wells, a scorching performance by B.B. King, a hauntingly eclectic half hour of the experimental folk rockers Kaleidoscope (including a 15 minute jam on “Taxim”) and of course, Janis with Big Brother.

Joplin tore through many of her big hits of the time like “Piece of My Heart” (which received a small reprise as a second encore), “Summertime,” and “Ball and Chain.” Growing up a voracious folk and blues fan, for Joplin, performing at Newport must have been a total dream come true. You can just hear the excitement in Joplin’s voice all through the set, which she confirms to the uproarious audience between “Ball and Chain” and “Down on Me.”

“Thank you…I’ve been wanting to come to this festival since I was 17 years old but I’ve never had the bread. You know? That’s the truth, man. So it’s a gas.”

Actually, it would have been really interesting and perhaps way more natural for Joplin to perform Newport that year as a solo artist. The sound of her early recordings of blues and folk covers, backed only by an acoustic guitar or Autoharp, would have sat right at home between the workshops and sets by Elizabeth Cotten and Roy Acuff. Oh well, one can dream though.

So did this mix of popular and folk music work? Ultimately, yes. The big names that were added alongside the folk artists weren’t that far removed from folk music to begin with and it did attract the biggest Newport audience of the time, so the experiment proved successful. However, the festival’s popularity did continue to decline and it officially went on a hiatus by 1971 until its 1985 revival. Now, it’s more popular than ever, often selling out in a matter of days, hosting a roster that is always a loose blend of folk rock, blues and other roots-y sounds (with a special attention given to new and emerging artists). If you happen to be there right now as I write this, you can check out artists as diverse as Rhiannon Giddens, John Prine and Regina Spektor to name a few. If you ever get a chance to go to Newport, you absolutely have to take the opportunity. You will surely not regret it. 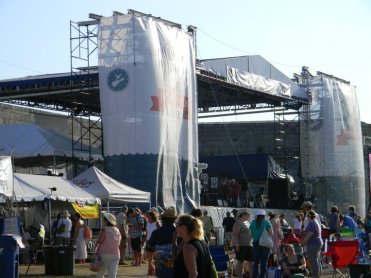 Photos by me, taken at the 2011 festival

Photos by me, taken at the 2011 festival

Very few of the performances ever reached official release, but it appears that the festival was broadcasted on FM radio and some fine quality bootlegs exist.

Live Kaleidoscope is rare and unique enough, but hearing them grace the Newport stage is a total knock-out for me. Luckily, their entire set exists online in great quality (this is a majorly great listen):

A huge amount of the festival is available to listen via Concertvault.com, but you need to create an account there to be able to play them. However, to hear entire sets by the likes of B.B. King,  Taj Mahal and Doc Watson, it sure seems worth it.

Officially or semi-officially, only Joan Baez’s performance and Roy Acuff’s set have seen the light of day (the later of the two on a compilation called Nashville at Newport). 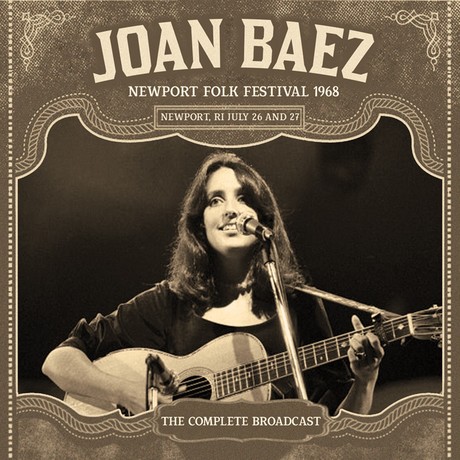 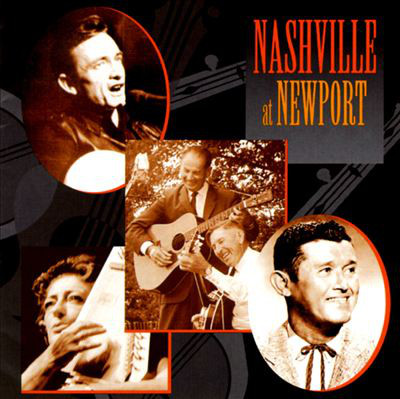 Weirdly, I am unable to find any footage of the festival, which seems odd since so many of the festivals prior to ’68 were filmed. During Tim Buckley’s set, it sounds like he even says to the audience “I guess this is all down on film, huh?” So if this festival had been filmed, where did that footage end up? It’s great to have documentaries about the early Newport Fests and especially the controversial ’65 event, but it would be interesting to have a comprehensive view of ’68’s state of transition (and who wouldn’t want to see Janis Joplin’s visceral performance in action?) With Lerner’s Festival! about to receive a Criterion Collection re-release, perhaps this will conjure up enough interest to have people dig into their archives in search of any other ’60s-era Newport footage that might exist.

Check back next week as we travel to the opposite coast to another underrated annual folk/folk rock festival.