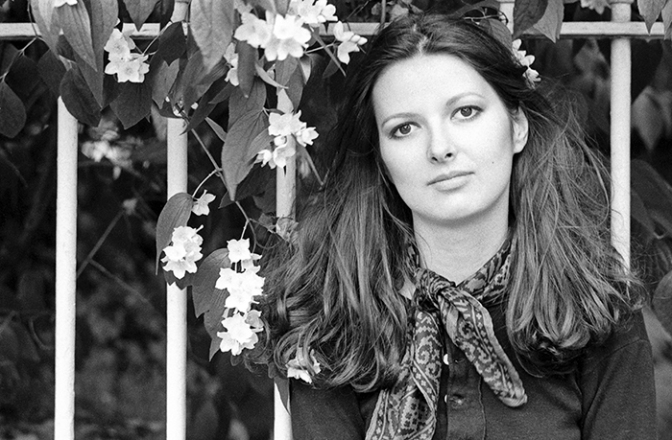 The British Folk Revival of the 1960’s and 1970’s is rich with enigmatic artists that had either gone completely unnoticed during their lifetime or had simply vanished after gaining a small following and releasing a few albums. Artists whose shadowy histories have become just as important to their legend as their music is. Shelagh McDonald is one such mysterious figure.

McDonald was a rising star in the UK folk world of the late 1960’s and was an especially big hit in the folk club circuit. This is where she encountered fellow British folk artist, Keith Christmas (who has a much deserved cult following of his own) who helped her gain a recording contract. This gave way to her two classic releases, 1970’s Album and 1971’s Stargazer.

Luckily, these records have been reissued together along with outtakes and demos in a 2 CD set appropriately titled Let No Man Steal Your Thyme. McDonald’s voice sounds somewhere between Sandy Denny and early Joni Mitchell while her arrangements and balance between being gorgeously lush and sharply stark. While at times, her songs bring to mind the work of fellow iconoclastic singer-songwriter, Judee Sill (especially on “Lonely King” and “Stargazer”) McDonald’s idyllic material stands today as wholly original and daringly unique.

The varied and eclectic sound on McDonald’s work was partly achieved through the accompaniment of some of the biggest names in British folk rock at the time. Over the two records, McDonald was joined by: most of Mighty Baby, Fotheringay’s rhythm section, Keith Christmas, Richard Thompson, Robert Kirby (of Nick Drake, Vashti Bunyan and Steve Ashley fame) Dave Mattacks from Fairport Convention and Pentangle’s Danny Thompson as well as jazz pianist and King Crimson-acolyte Keith Tippett.

While these albums featured a cornucopia of top folk talent and garnered favorable reviews, McDonald suddenly dropped out of the public eye shortly after their release.

Due to a bad LSD trip, McDonald was left in a constant state of hallucinations and paranoia that somehow robbed her of her singing ability. It was this that prompted her to retreat from the music world. She was so effective at changing her life; she would not be seen nor heard from again publically until 2005, when a popular article in The Independent was published about her disappearance. 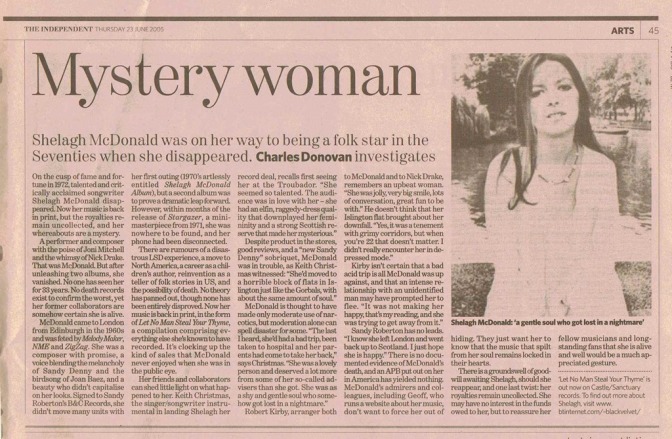 Since then, she has thankfully returned to performing and recording and—to much amazement—with a nearly unchanged voice. Watch this performance from 2013 for example:

Fans of artists like Nick Drake, Sandy Denny and Bridget St. John need to take notice and track down McDonald’s music before her vanishing act has a reprise as well. 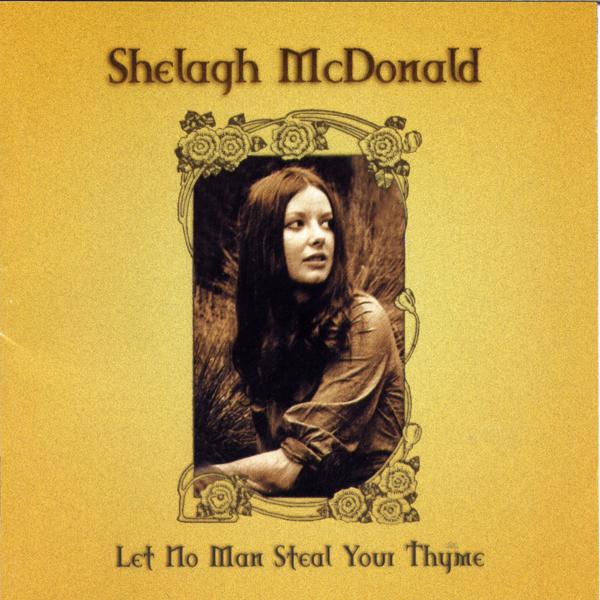