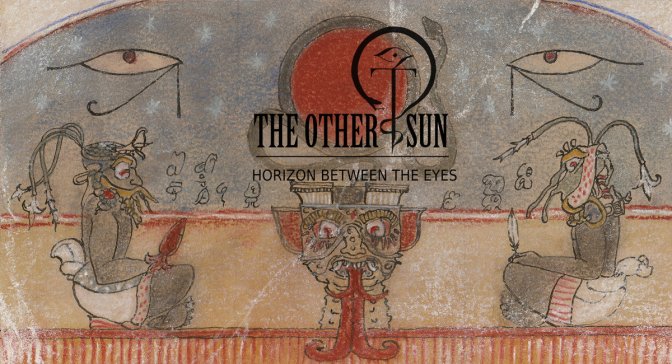 The Other Sun have collected a wide variety of vastly different sounds and moods and Frankensteined them together into a wholly unique creation, and squeezed it all onto this single tape.

The Swedish group’s EP, Horizon Between The Eyes shivers with a barbed darkness that feels like a stranger to this reality. The band takes Soundgarden-esque, whiskey-soaked grunge, fills it with goth surf guitar that sounds like something from a La Luz record, and smothers it all under a layer of murky psychedelia. 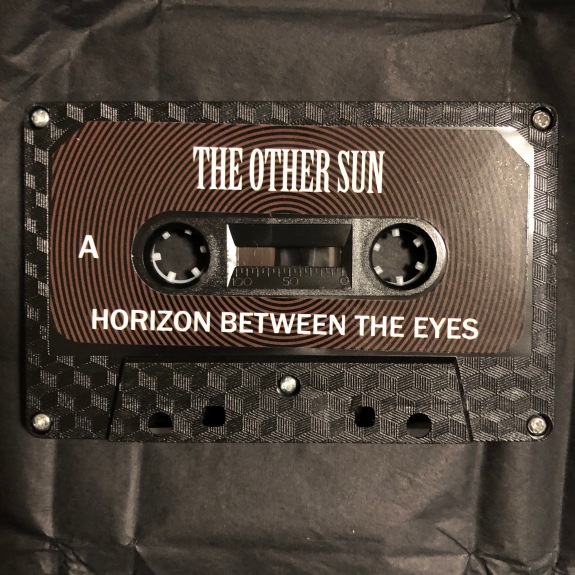 The three-tracked tape begins with the doomy “Fifth Sun.” The song swelters and shakes with apocalyptic lyrics and a dread-filled atmosphere, complete with a spectral vocal delivery that Arthur Brown would have been content with.

Next is the hallucinatory and downright spooky “Stalking the Stalker.” Sounding somewhat like a cross between Link Wray and Psychic Ills, the track builds its atmosphere with some eerie spoken word sections, which brings to mind the work of William S. Burroughs and more recently, some of the songs by Ghost Funk Orchestra that you would have heard here.

Finishing up the EP is the title track, which is chock full of desert grit, rancid venom and a sinister amount of heavily phased, growling vocals. The song even edges further into doom territory during the bridge, where the singing becomes more guttural, the rhythm shifts into a dreary death march and the guitars develop an extra crunch. Imagine if Dick Dale crashed a Cramps gig with Brent Hinds and a bag full of shrooms, then you might get a track like this.

The entire EP absolutely glows with unusual and deeply textured guitar and vocal effects, which is a major strength here. Another massive—and surprising—strength is the pure accessibility of these songs. While each song is heavily atmospheric and esoteric, they’re all catchy with addictive rhythms and solid, psych-garage melodies. This could have easily been a radio-friendly gem of the Seattle scene in the early-mid ’90s.

While a bit short, this tape makes up for the lack of running time with its sheer power and quality per tune. Grab this cassette soon and see for yourself!