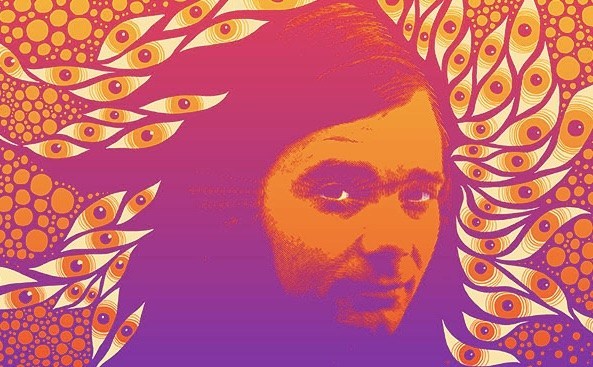 To say Roky Erickson made an impact on my life is like saying breathing oxygen was important to my upbringing. The man and his band, the 13th Floor Elevators, not only opened the doors of my perception; they ripped it clean off of its hinges and set fire to its remains. After being exposed to their music at a young age, there was certainly no going back.

Roky dared us all to groove out of our bodies and leave them behind. He was a man of third sight. He could summon angels and demons, be at one with aliens and do battle with the devil on his own turf; and he did it all with a werewolf-howl of a vocal and riffs that sparked like the menacing machines in Frankenstein’s laboratory.

He was a mutant William Blake of the psychedelic age. He knew all, even when his mind was a jungle of tangled static and newspaper clippings. He arose once before, but now he is truly the undead. A legend and a legacy that will never fade from existence.

Like many other acid casualties, Erickson was almost more myth than man, but the strength of his music always shone through the muddled tales. To be honest, I was initially drawn in by these tall-tales that I had read about in back issues of Mojo Magazine and the rumors that floated in the hipper record stores (and not to mention  the debut album’s eye-searingly trippy cover art). Yet, once I finally was able to get my hands on The Psychedelic Sounds Of…, everything made sense and nothing was ever going to be the same again.

I had heard psychedelic music before listening to the Elevators, but it was the most mainstream entries of that genre, like Sgt. Peppers, Surrealistic Pillow and Pink Floyd. Yet it was the surreal and otherworldly sounds of Erickson’s rave-up vocals, chopping riffs and disorienting ‘electric jug’ that first threw my mind into a different dimension.

Many of the songs on the debut LP had a shadowy, seedy underworld-like quality. They were at times almost frightening, with an air of potential danger to them. Stark, cavernous and surprisingly simplistic production helped give tracks like “Fire Engine,” “Reverberation” and “Roller Coaster” a haunting darkness that proved to be quite edgy. You could easily see how this nightmarish hallucinogenic refraction of raw rock n’ roll has given inspiration to rock groups in every decade since its release. Artists as diverse as ZZ Top, Spacemen 3, Yo La Tengo and Death Valley Girls have all proudly worn the Elevators’ influence on their sleeves.

Hell, it even inspired me to burst into one of my high school garage band’s rehearsals with a copy of the first album, clutched high over my head like it was the 10 Commandments, and demanded that we drop our blues covers in favor of “You’re Gonna Miss Me.”

The sheer primal angst of this song breathed a fiery new bout of enthusiasm and energy in my little group, and we became equally obsessed with the album together. We were no strangers to angsty songs, yet we all could relate instantly with Erickson’s youthful wrath. Performing the song in front of an audience made us feel 10-feet tall and armed to the teeth. Every broken-hearted declaration of  “You’re gonna miss me, baby!” came from the soul.

However, it wasn’t until hearing the band’s follow up album, Easter Everywhere, did the connection to Erickson’s music become deeply personal. Moving on to that album was like switching from Colt 45 to pure mescaline.

Gone were the daggers of frustration, and in came a flood of metaphysical lyrics and an esoteric perspective that blended hyper-introspection with a nearly cosmic level of self-awareness.

This mix of honest, yet abstract lyrical acrobatics, motorik jams and somber folk rock instantly pulled me into this record, and it has yet to let me go. In fact, despite how this album has been overshadowed by its predecessor, it has since become an undoubtable desert island disc for me (an opinion that is shared by my fianceé—which is just another of the many threads that binds us together). I cannot imagine life without it.

Roky Erickson is in the very DNA of punk, metal and virtually every genre that has any psychedelic element to it. He will live on indefinitely, like the vampires and ghosts that he often sang about in his later years. There’s never been any musician like him, and there never will be again. 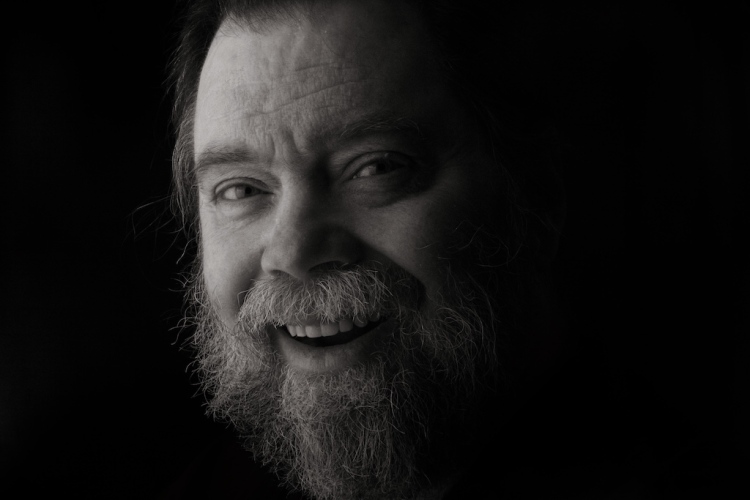