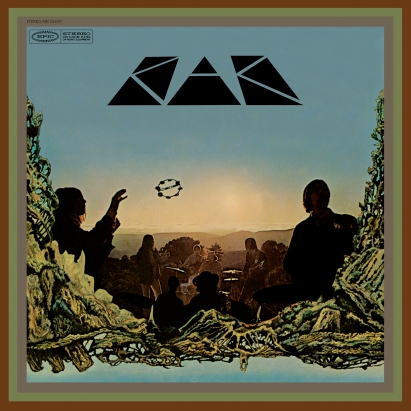 On the year of its 50th anniversary, Mad About Guerssen has released what is certainly the most definitive vinyl reissue of Kak’s legendary sole release.

Born from the ashes of the equally infamous West Coast proto-punks, The Oxford Circle, Kak exhibited excellent songwriting chops that blended bucolic sun-kissed folk rock with guitar-driven acid rock. If it weren’t for poor PR management on the label’s part and the fact that the group quickly disbanded after the record’s release, Kak would certainly today have the mainstream attention and appreciation of fellow ‘60s Bay Area bands like the Airplane. 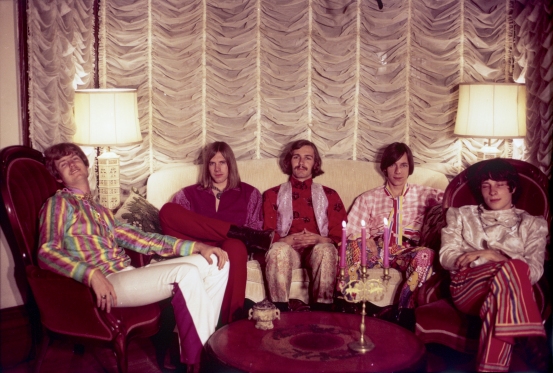 From the purely transcendent “Lemonade Kid” to the lysergic bite of “Everything’s Changing,” and of course the mind-bending Trieulogy suite; the record stands today as both a monument to one of the most overlooked and creative groups of their era and a hint of what could have been. Based on the strength of the catchy nuggets and original ideas that Gary Lee Yoder and company captured here, you have to wonder what else they could have done together, had they given the band a few more years.

The folks at Mad About Guerssen did a phenomenal job with this reissue. The remastered sound is simply exquisite and the artwork on the surreal sleeve has been faithfully and gorgeously reproduced on heavy cardboard stock. The beautifully designed booklet is another fine touch, as it details the band’s short, but strange story, which is an essential read for any rock history nerd. (I mean, just how many ’60s psychedelic rock groups can you say received a release partly thanks to the CIA?)

If you’re already a card carrying member of Kak’s growing cult following, then you know that you need this reissue. If you’re unfamiliar with the band though, but consider yourself a fan of bands like Moby Grape and Howlin’ Rain, then you are absolutely going to love this record. Either way, you can get it here today.