Land Beyond The Sun 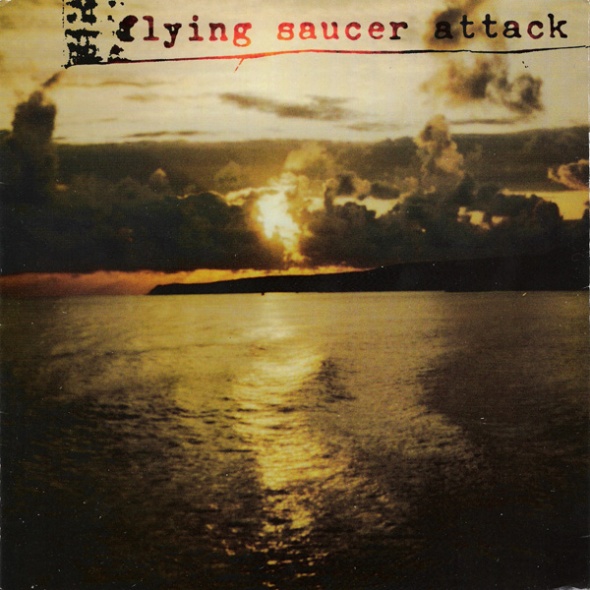 Flying Saucer Attack was one of those groups that could caress you in a soft blanket of ethereal sound one minute and blast out your eardrums with wonderfully seismically droning feedback the next (for a perfect example of this, check out their masterpiece, Further). Their 1994 single, Land Beyond The Sun, kind of sits just between these two extremes; pulling the best elements from each onto both sides of the 45.

Side A is quite simply beautiful. It starts with a simple percussive intro before some fuzzed out guitar backing leads the song into a dreamy, echo-laden ambiance. The vocals on this track, as performed by Dave Pearce (the main brain behind FSA) are lucid enough that it wouldn’t come as a surprise if it turned out that Pearce had actually been recorded singing in his sleep (or in a trance). Through excellent use of a thick, rippling production quality that hums with the pulse of real analogue tape, “Land Beyond The Sun” creates the impression that the listener is floating adrift through the sea and eventually out through clouds, space and beyond. Frankly, this track bears such a perfectly spacey feel, that it probably would be best listened to while riding a jet plane (or space shuttle).

On the flipside, “Everywhere was Everything”, begins with a single high pitched, guitar-originated tone that reveals itself to be the tip of an auditory iceberg. Layer by layer, the song builds in static like distortion and volume until it fades back to cold silence. Out of the two tracks on this disc, “Everywhere was Everything” is notably the loudest, more dissonant side that even gets close to being white noise. This is not to say that this side is unlistenable; on the contrary, “Everywhere was Everything” has a soothing quality that can be similar to the crashing of waves on a rocky shore. Besides this, Pearce’s rather illusory vocals again add an emotional core to an already arresting surge of sound.

“Land Beyond The Sun” is truly an absorbing sampling from a band and a record label who were both still fairly new and yet already so great at their craft. To properly enjoy the subtle nuances and color of these recordings, it truly must be heard as a record. Which makes the legend that’s printed on the center sticker on the single all the more poignant: “keep vinyl alive”.