Stones in The Park

In what is definitely the shortest festival that we’ve covered here, The Stones in The Park was a one-day free event at Hyde Park on July 5th, 1969 that featured many progressive rock groups like King Crimson, Third Ear Band and Family as well as of course, The Rolling Stones. 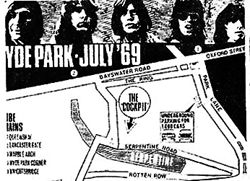 Hyde Park had hosted many popular concerts and festivals around this time, including gigs by Pink Floyd, Tyrannosaurus Rex and Blind Faith, so it was a good venue for the Stones to stretch their performance muscles again after taking a long hiatus from touring and to especially debut their new guitar player, Mick Taylor.

However, three days prior to the festival, the guitar player that Mick Taylor was brought in to replace, Brian Jones, tragically died. This unfortunate turn of events shifted the concert into a memorial show for Jones. This combination of catching the Stones for the first time in years (and for free!) and paying respect to the beloved Jones helped draw a considerable crowd that has since been estimated between 250,000 and 500,000 people.

Candle-bearing mourners started gathering at the site of the festival the night before as a vigil for the fallen Jones and were allowed to stay throughout the night. By the morning, thousands were in attendance and thousands more were pouring in by the hour.

For security, the band’s management hired some British Hells Angels in exchange for cups of tea. Reportedly, they were rather unproductive, but luckily the crowd ended up being generally peaceful and not problematic. You could easily see why the Stones thought they could replicate this event in America and ended up with the grim reality that was Altamont…

The still relatively little-known King Crimson was one of the first groups to hit the stage and they ended up being very well received. This was still before their debut album came out, so their unique dark prog-rock assault must have felt utterly otherworldly to the unprepared audience.

Following King Crimson came blues rocker Alexis Korner’s new group, New Church, plus a quick appearance by Roy Harper and then the more experimental prog act, The Third Ear Band. The Battered Ornaments, Family and Screw also appeared before the stage was cleared for The Rolling Stones to finally get down to business.

When the band took to the stage, Mick Jagger, clad in a white Victorian-era looking dress (which would eventually be ripped apart mid-performance to reveal a silk shirt and pants) addressed the audience to read from Percy Blysshe Shelley’s poem, Adonaïs, as a eulogy to Jones. At the conclusion of this reading, hundreds of large Cabbage White butterflies were released from the stage. It’s a truly beautiful and rather fitting farewell to Jones, and one of those moments that could have only happened during summertime of the late ‘60s.

The band has gone on record admitting that their set that was far from their best, due largely to being rushed and under rehearsed but watching the videos now, it’s still a fascinating and exhilarating performance. The set’s finale, a massively extended version of “Sympathy for the Devil,” with the addition of several members of Ginger Johnson’s African Tribal Drummers taking the classic track into completely new, hypnotic territory, is especially electrifying and a major highlight of the show. 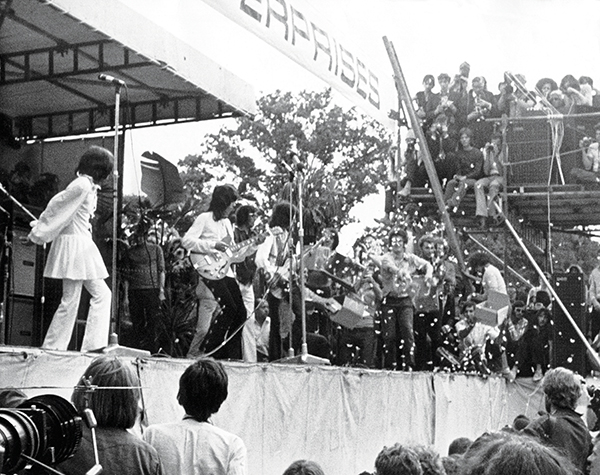 This Hyde Park gig is a very unique and fascinating snapshot of the band in possibly the most significant transitional moment since their initial success. Without one the brightest lights of the group, the band’s direction and future seemed uncertain to say the least. This festival appearance was enough of an accomplishment to start the group down the road that would eventually lead them to Sticky Fingers, Exile on Main St. and many other massive milestones.

Luckily the festival was filmed for Granada TV, so The Rolling Stones’ set has been released in a variety of forms officially and clips of some of the other performers have seen the light of day as well.

Here’s the entire documentary about the Stones’ performance which also features some really interesting footage that shows how the festival was set up and the nervous and unsure state of the band before going on stage.

A clip of King Crimson performing the apocalyptic “21st Century Schizoid Man” at the festival:

A very haunting and mesmerizing clip from The Third Ear Band’s performance:

While The Rolling Stones’ footage has been officially released, the audio seems to have remained in the bootleg territory.

King Crimson’s set has been released officially (and unofficially) but the audio quality isn’t the greatest, unfortunately. However, a live document of the fledgling group performing such challenging material to this big of an audience is exciting and interesting enough to warrant a listening, regardless of quality. 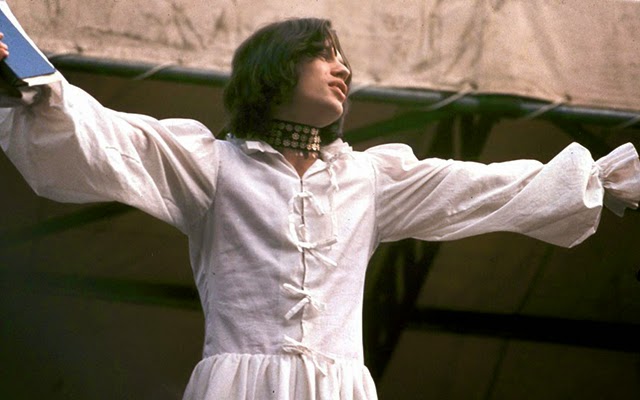