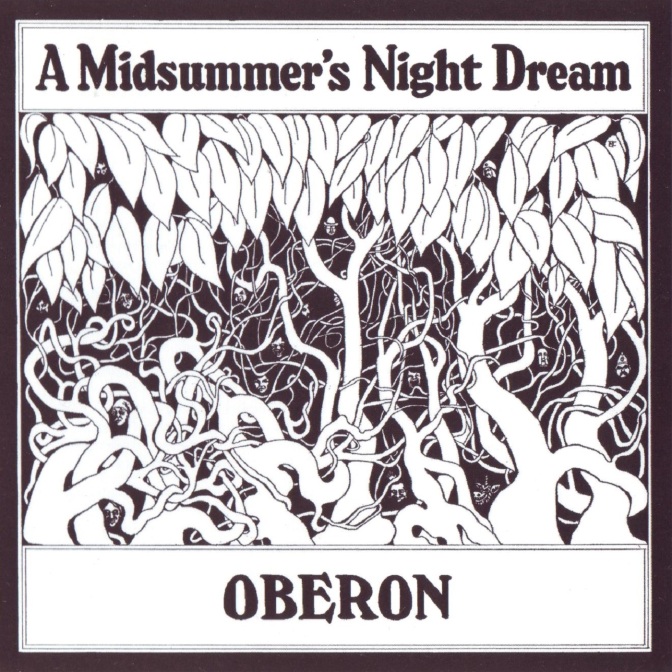 “I know a bank where the wild thyme blows,
Where oxlips and the nodding violet grows,
Quite over-canopied with luscious woodbine,
With sweet musk-roses and with eglantine.”

Combining the eclectic and imaginative aspects of The Incredible String Band with the early music approach found on many of John Renbourn’s solo albums, Oberon’s sole 1971 record, A Midsummer Night’s Dream is an enigmatic LP that is a true product of its era. 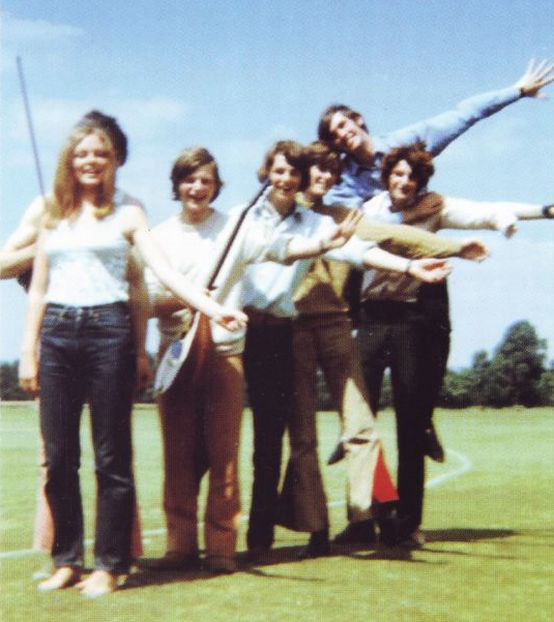 Comprised of several college-aged students from Oxfordshire, Obreron created a lush and full sound that included multiple vocals and guitars along with percussion, bass and violin as well as a liberal use of flute. A mere glance at the record jacket will reveal that the group was just as influenced by the likes of Pentangle and the ISB as they were by mythology and the works of Shakespeare and Tolkien. Songs like “Minas Tirith” and “Nottanum Town” even sound like they could potentially conjure fairy worlds and misty, hidden gardens.

Even though A Midsummer’s Night Dream is Oberon’s only full-length record, the amount of different styles and directions featured totally makes up for it. It often feels like you’re listening to several different albums all crammed into one. From traditional English folk ballads like the opening track to an unaccompanied flute piece (“Syrinx”) and a Bert Jansch-like acoustic guitar solo performance (“Peggy”) to multifaceted, epic folk rock suites like “Minas Tirith” and “The Hunt,” there’s a ton going on here. At times the group even sounds like if Jethro Tull recorded with Judy Dyble-era Fairport Convention, especially on the folk jazz cover of “Summertime.”

The real golden moment on this album though is the peacefully pastoral Bryter Layter-like instrumental “Time Past, Time Come.” Any fan of UK folk rock needs to hear this performance. I’d say it’s a total highlight of the genre.

Unfortunately, Oberon and their singular album never reached the recognition that they truly deserved, largely due to Midsummer Night being initially released in a very small quantity coupled with it suffering from pressing and printing issues. Luckily though, a cult following has been building up slowly for the group over recent years, especially after its appearance on various Rapidshare blogs, receiving official and bootleg CD and vinyl reissues and even an appearance on the great Dust on The Nettles compilation.

If you plan to give this record a listen, I’d recommend to do so outside or near a large open window on a bright, moonlit night with a fragrant pot of herbal tea on hand.