The Royal They, a totally stunning punk garage outfit, recently released what may be one of the hardest rocking albums to have come out of Brooklyn for some time.

Put out on cassette by our good friends over at King Pizza Records, Foreign Being packs quite a punch. The album features snarling, aggressive guitar and drum work with vocals that range from icy, delicate tones to powerfully dominating shouts. 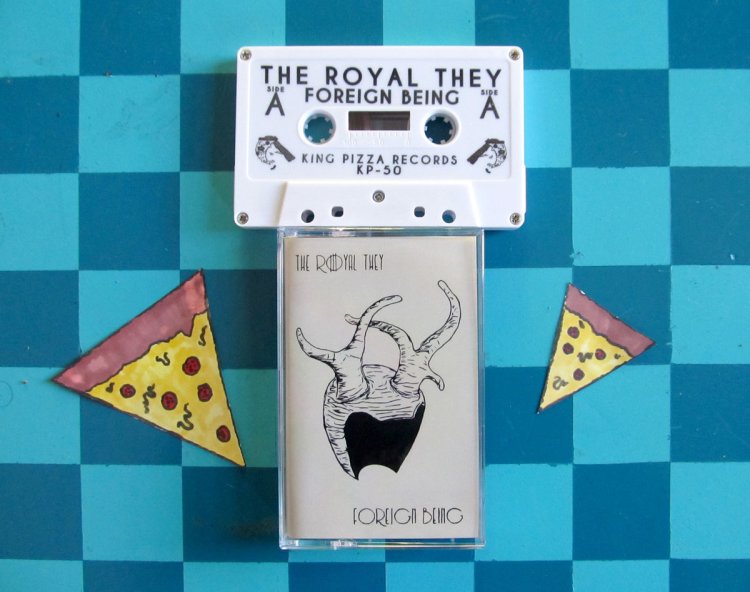 Strangely enough, while the music here is rich with fuzz and grit, there’s a crisp and polished quality to the band’s sound. The production is intense yet clean and the vocals are always tuneful, even when they’re being bellowed at full-force. In this way, Foreign Being is a very accessible album that can win a wide spectrum of new fans over to the Royal They-world.

Perhaps one of the major highlights of the record, “C.N.T.,” opens the album as something of a mission statement. The drums bash at a breakneck speed and the overdriven guitars roar out like busted machinery as the defiant vocals declare:

“…there’s no counter, no cure, no way to make the world work, you may scream you may shout, you’re still rotting from the inside out and I’m not waiting to see, I know you’ll try to fuck the world but YOU. WILL. NOT. FUCK. ME!”

The band responds to this line by immediately rocking out with a total hammering assault of volatile energy. This track perfectly hooks the listener and pulls them in for the rest of the album.

Along with this track, the record is full of explosive punk nuggets, as well as a few quieter, more reserved moments like the exquisite pop-garage of “Veritas” and the cold, ethereal “Flying Naked.” What more could a garage band fan want?

All in all, this is a totally essential album for any fan of punk, garage and hard indie rock. Here’s hoping that we get more albums of this caliber throughout the rest of 2018!