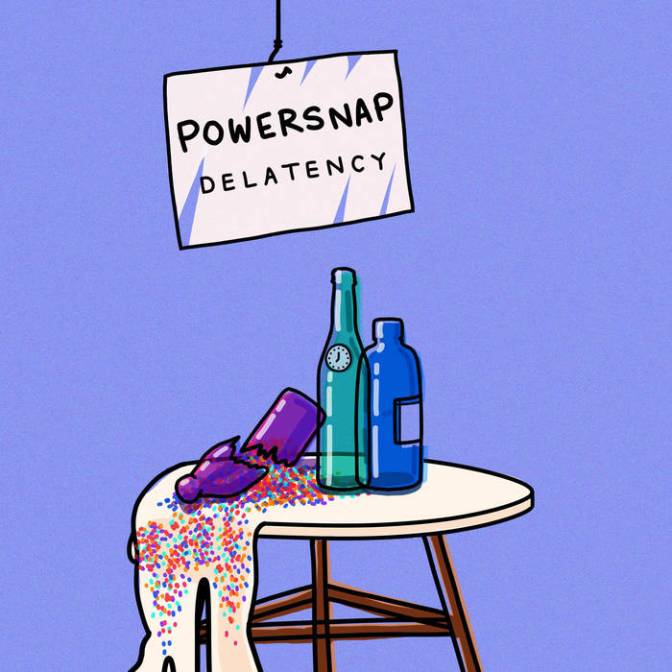 PowerSnap is a fresh new garage punk group out of NYC, and their debut EP is filled with the humor, honesty and irreverence (they use a goddamn tin whistle, and it somehow works!!) that absolutely makes them stand out from the rest of their motley DIY brethren.

The EP kicks off with the smoldering “Chemistry,” which slams like The Muffs on a bender. Following this is the burned-out dredge of “Bravery,” whose very sound exudes the fear, self-loathing and drunken disappointment that its lyrics paint out in painful detail.

The next track, “Miscellaneous,” is almost like a mini-rock opera, with different passages of the song dedicated to specific, depressive thought patterns that are all tied to the same problematic root. The first portion of the track, the narrator describes the desire to commit suicide, while the second explains an unexpected heartbreak and the third and final portion touches on themes of overconsumption. With the piece being acoustic and obviously recorded onto tape— complete with a crackly, hissing lo-fi atmosphere and spoken-asides and other audio artifacts—it feels as though you’ve found a cassette that any guitar and a tape recorder wielding teenager in the ’90s could have made privately. It’s this kind of sincere realism that helps make this track crushingly relatable and shockingly raw.

PowerSnap closes out their EP with a real head-banger. “Pink Diamonds,” with its growling riffs, punchy rhythm and snarling attitude strong-arms your ear and stays in your head for a good day or so. You’re really going to want to crank this one waaay up and hit repeat. Based on the strength of this track, you just know that this band must put on one hell of a great stage show.

You can grab Delatency on cassette and digital via our buds over at King Pizza Records.