What a month it’s been for new music, especially within the psychedelic-tinted genres and sub-genres. Here’s an additional rundown for this month with many of our favorite new releases (most of which are from Cardinal Fuzz Records), new songs and videos. 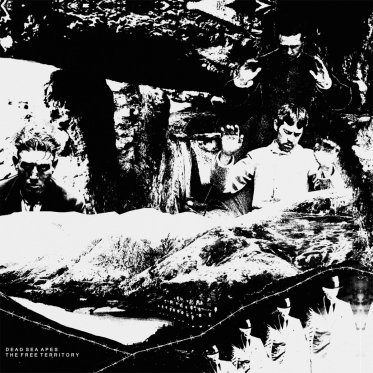 Dead Sea Apes are no strangers to RCU at all. In fact, it’s been very fascinating to follow this otherworldly group over the years and watch them progress, evolve and explore daring new sonic dimensions. Their latest record, the double LP, Free Territory, is perhaps the band at their darkest and most eerie.

From mysterious landscapes of dismal drones and slow cavernous guitar lines that are fit for a funeral march, (“Sub Rosa”) to doom-ridden avalanches of roaring fuzz and ritualistic drumming, (“Diaspora” and “The Dispossessed”) this record haunts the listener like a mushroom-induced specter.

The scope of the sound all across this record is very wide and deep (almost cinematically so) and yet small details, like the delicate echoing percussion in “Sub Rosa,” are surprisingly effective at driving the mood of each song home. Combine that aspect with the contributions of Nik Rayne of The Myrrors, and you’ve got yourself a listening experience that will be wholly unique indeed.

Get this album today via Feeding Tube Records or Cardinal Fuzz.

Speaking of The Myrrors…Curved Entrances, also out now on Cardinal Fuzz, features two epic (nearly) slabs of pure acidic improvisation that are guaranteed to blast your mind into an alternate dimension.

Recorded in the winter of 2014 during a rehearsal, the power trio summon together the heavy astral psychedelic cult vibes of Amon Düül I, Ya Ho Wha 13 and Bardo Pond, while retaining a sound that can only be described as being totally 100% The Myrrors.

If you’re a fan of Acid Mothers Temple, LSD Pond or Träd Gräs och Stenar, you have to listen to this record. 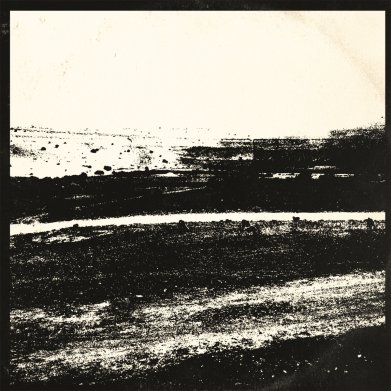 Since we’re talking about The Myrrors, here’s another side project of the band, Birth, which features Nik Rayne and Grant Beyachau.

A bit more minimalist than most of the Myrrors-related recordings, Live in Tucson is a drifting tour through the cosmos via waves of textured drones and swirling manipulated guitar.

If any album this year could put you into a trance, it would certainly be this one, as Birth sucks you in with its meandering, pulsating tendrils of nebulous tones that groan and tremble on and on. In fact, this record holds you in a dreamy state from start until the very end (when a perfectly timed car horn outside of the venue honks during the track’s final fade out).

Need to relax? Then put out the lights, lay back and drift away to Birth’s calming dreamscape ASAP.

Hailing from Brisbane, Dreamtime combines cosmic riffage and mind-melting effects with post-rock atmospherics as well as New Wave-y vocals into a singular sound that is quite unlike that of any other band right now.

This record’s extreme spectrum of mood and sonic territories is beyond refreshing. From moments of hard rocking chaos to meditative drippy ambience, this album is beautifully all over the map.

The press release for this record mentions that the band studied “the interactions of liquids, plants and creatures of the sea,” which I believe is no exaggeration at all. For instance, the title track (or tidal track…sorry) feels like crashing waves of cool, turquoise seawater on rocky, moss covered shores. Images like the aquamarine and floral pink abstractions on the cover certainly come to mind as well.

Dreamtime’s Tidal Mind is certainly the latest example of how some of today’s best psychedelic music is coming out of Australia.

The Janitors – 15 Years of Fuzz and Folköl 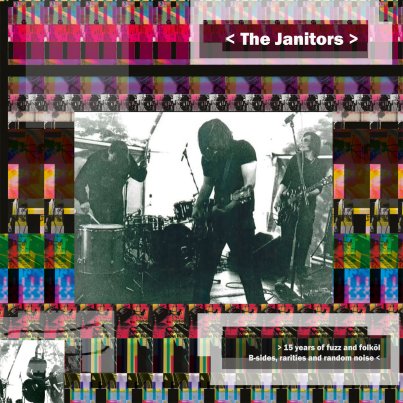 Along with Australia, some of the greatest sounds in psychedelia these days seem to be coming out of Sweden and one of the leading names of this modern wave of Swedish acid rock is The Janitors. To celebrate their decade and a half-long rein, we have the mind-blowingly excellent 15 Years of Fuzz and Folköl.

This collection of rare and previously unreleased tracks features the entire spectrum of the legendary band’s sound. Across this jaw-dropping compilation, you’ll hear everything from heavy hurricanes of pounding acid rock freak-outs to hazy lysergic ragas to even moments of psychedelicized gospel (think Spacemen 3’s “Walkin’ With Jesus”).

If you buy the yellow vinyl pressing today,  you can also receive a download for 80 minutes of additional mind-bending music.

If you listened to the most recent Now Playing episode, you would have heard a track off of the stunning new record by Alien Lizard. If you liked that, then you absolutely need to check out this mesmerizingly trippy animated video for their track, “Tangerine Cloud,” which is also on their new album.

You can get the new record here.

Lastly, I’ve been finding myself totally immersed in the wealth of live Ryley Walker recordings on Archive.org/the Relisten app. A major favorite of mine recently has been the Trans-Pecos show from March, where he played with Ryan Jewell (and had also sat in with Garcia Peoples, who had a set earlier that day.

The entire recording is pure fire, but it’s the final jam that keeps bringing me back. This track is what I imagine what it would feel like to be tied to the front of a Corvette as it’s speeding down an open highway in a barren desert with a belly full of mescaline. Check it out here: