With summer coming to a close, we’re embarking on one of the most exciting release schedules that I’ve seen in quite sometime. Take a look at the earliest rumblings of it here…

The Poughkeepsie prog-folk rockers have finally released the follow up to their excellent 2017 release, Mapping an Absence. The wait was indeed worth it, as the album contains perhaps the band’s most complex arrangements and instrumentation to date.

The band invokes the darkest of psychedelic British folk music, burned out psychedelia and the most complicated compositions of Jethro Tull. As you might expect, there’s a healthy amount of rural acoustics as well as overdriven electric workouts spread across this release. If you’re a fan of Mellow Candle, Renaissance and the hard rock of Atomic Rooster, then you would certainly appreciate this record.

With autumn just around the corner, now is the perfect time to dive into the brisk, northerly sound of Dead Reckoning. 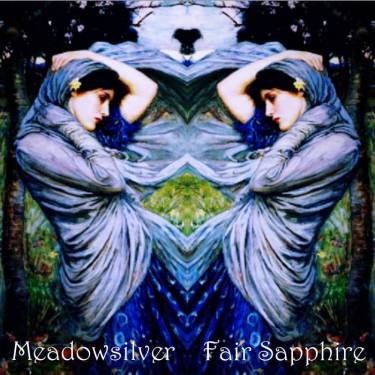 Speaking of psychedelic folk, Meadowsilver is on one hell of a roll right now.

“Fair Sapphire” is their third single this summer, and it is filled with the chill, breeziness and faded greens that also come with the transitioning of the season.

Much like the previous two singles, “Fair Sapphire” is a mysteriously ethereal piece that mixes astral English folk sounds and psychedelic electronics in a way that somehow feels completely natural. It’s almost like the spirit of old Britain has evolved along with the technology of the digital age, and this track is its voice.

Hypnotically tranquil and just a tad eerie, “Fair Sapphire” is a track that you should reach for the next time you find yourself passing through a rural landscape that has a strong, enigmatic presence to it.

The Northern Lighthouse Board – S/T

If Meadowsilver’s Folk Horror leanings have left you in an early All Hallows’ Eve mood, then might I suggest trying out the ghostly self-titled album by The Northern Lighthouse Board.

This peculiar release, now out on Reverb Worship, is a collection of short atmospheric tracks that feel like cues from a lost supernatural thriller. Droning synthesizers cast long, sinister shadows throughout the entire album, as gothic church bells, panicked screams and other haunting samples emerge here and there. In fact, this album is so spectral; I would not be surprised if real examples of electronic voice phenomenon were hidden in the mix.

If you love soundtracks to imaginary horror films as much as I do, then you really need to give this album a listen on a still, moonless night.

Alright, let’s lighten the mood a bit, shall we? GA-20 (Pat Faherty and Matthew Stubbs) is gearing up for their debut on Karma Chief Records. If their recently released single, “Lonely Soul,” is any indicator, we’re in for a total scorcher here.

Sounding like a lost ‘60s Bo Diddley or Buddy Guy rocker, “Lonely Soul” bops with a Chicago blues swagger and smolders with a cool that we haven’t heard since Leon Bridges first burst onto the scene. This is a perfect soul blues nugget that you’ll certainly want to blast hundreds of times before their full LP drops in October.

Give it a listen here:

And preorder it here.

For the final entry in this roundup, let’s close out with a completely different but elegant vibe.

Abimaro’s newest single is a reserved and meditative soul tune that pulls you in close with its sparse production and honest lyrics.

Abimaro’s vocals are silky, yet sound haunted by an introspective melancholia, which is an emotion that is only driven further by the quiet backing of mellow keyboards and cool brass. It’s the kind of performance that no matter how many times you hear it, the power of each line can be felt all of the way down to your marrow. In this way, the song feels distantly related to mid-period Joni Mitchell and classic Tracy Chapman.

Give it a listen here:

and find out more about Abimaro here.