There is no silence this October. Only new music. So let’s dive straight into this month’s Roundup!

Son of Buzzi – The Ghost

Son of Buzzi is more of a multimedia art installation than a band. The Swiss duo composes 12-string guitar fantasias to be the backdrop (or rather, a collaboration with) a variety of video collages.

As you can see in the clip above, both the video projections and the music fill the space that they’re presented in, sort of becoming one with the room.

The music also works perfectly on its own. The Fahey-esque fingerpicking on the tape is beyond exquisite. Every song hangs in the air with a dusty melancholy, like a distant memory. This is especially true for the tracks that also feature a blanketing chorus of locusts in the background (which for me, legitimately feels like recollections of my own childhood summers).

The Ghost is an album that fans of Daniel Bachman, John Hulburt and Marisa Anderson could easily become obsessed with (I know I am).

Get it here today.

You’re going to be hearing a great deal about the Aumega Project from me going forward. The German label has a vast digital catalogue of obscure and otherworldly psychedelic reissues and new titles.

This is one of their most recent—and most striking—releases. The Happy Hour Band was a reunion of Sky Saxon and Djin Aquarian, both from Ya Ho Wha 13. Saxon, who was also the lead singer of The Seeds, steers this intense group through meandering freak outs and harsh ramshackle jams.

Even though the audience in these recordings sounds very small and casual, the music here is insanely eccentric and straight-up ferocious. As a whole, the band sounds deeply inspired by the Damo Suzuki-lead Can, but at other times, elements of Gong and of course the Source Family shine through. On the closing “In The Cradle of Love/Freeway,” the group gets closer to a live Velvet Underground vibe as anybody could have at the time (1999/2000). The grungy lo-fi sound quality of this album only cements the live Velvets comparison further. White heat indeed.

Grab this album now at your own desired price.

These Sacramento psych-jazz improvisors create here mesmerizing Middle-Eastern inspired soundscapes, with the aid of Native American flutes, a gourd guitar (which sounds like a cross between a sitar and an oud), cello and sax, and a whole cornucopia of other unique instruments.

The record is bursting with astral desert burn outs, like the trance-inducing “Ship is Home” and the eerie “Liquid Feedback,” but perhaps the album’s ultimate excursion is the hypnotic 17-minute “Smoldering Embers of Middle Age” (what a title!!).

Jangling bells and chimes set a mystical atmosphere for the track, as flutes and wordless vocals lace through sultry bass grooves, groaning cellos and twanging guitar melodies. The song’s repetitive rhythm tugs you along on a pensive journey that ends in a place of deep spiritual peace. Perhaps signifying that you have come through the other side of middle age a wiser, more content human being.

In fact, if you are not lulled into a psychedelic trance, or at least a more harmonic state of mind by the album’s end, then you are simply not listening to it closely enough.

Get this album today right here and try it out for yourself. 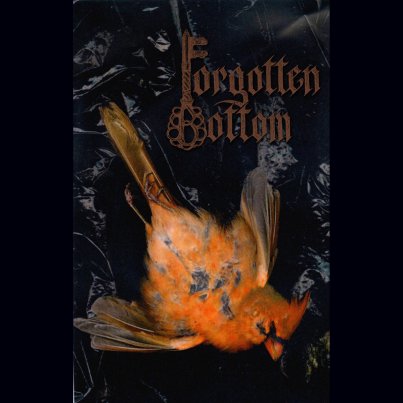 This is quite simply, one of the deepest, most enigmatic releases I’ve ever covered here.

The music here appears to be inspired by—and created in tribute to—the people that cities like Philly are trying to ignore or forget, especially the poor and the homeless. Even the band’s name comes from a recently gentrified Philly neighborhood that had once been filled with housing projects and a massive amount of Section 8 residents.

The album aches with mournful strings, which sway and tremble in the embrace of forlorn electric guitar and bouzouki, all while various dissonant effects are added to occasionally produce more extreme feelings of confusion, distance and emotional isolation. With certain strokes of the group’s viola, you can almost feel the cold shadow of wealthy skyscraper monoliths descending upon crumbling stretches of neglected row houses.

Images and vibes like these only become more vivid and penetrating when the group mixes sounds of life on the street into the music. Cooing pigeons, police sirens and passing subways put you right there on the city blocks, side-by-side with these people that the city is treating less than human. The music takes you with them as they go through their day, full of fear and doubt, trying to find food, trying to find shelter while avoiding the hostile architecture of certain properties put in place to keep them away (hence the title). The album even kicks this theme off right from the start, by giving the opening track a title from the infamous Toynbee Tiles (“Resurrect Dead on Planet Jupiter”) which are embedded into the asphalt of the streets of Philly. Forgotten Bottom are starting their record by literally putting your ear right on the surface of Philly’s roads. How many records can you say that about?

Get this album. Really listen to it, absorb it, and please, learn something from it.

A side project of WEEED, Varabonda is a droning slab of dreamy desert rock that’ll surely make you drift away into space in no time.

The whole record pulsates and rumbles like a great living machine, continuously building up power and strength. Things really start to get going once the drums kick in towards the middle of “II,” though.  The entire band locks into this groove and chugs along like a top heavy locomotive, swaying greatly with every curve and turn.

The liner notes state that these jams were recorded in a stuffy living room during a particularly sweltering afternoon, and I believe that this comes through in the music strongly. The music here moves at a sluggish pace, with certain notes and cymbal crashes ringing out one at a time. It’s almost as if the band might melt down at any minute, leaving their microphones unattended…only to pick up the sounds of the neighborhood outside their windows (which is what the final track, “IV,” essentially is anyway!)

Get this cassette today.