We’re only eleven days into February, and we’re already overwhelmed by how much good music is coming out this year. Here’s a roundup of some of the best and most unique new things that we’ve had in our ears as of late…

With Great Care, AKA Grainger Weston, creates vivid synth soundscapes, which are then heavily processed and manipulated, creating the dreamiest of listening experiences.

Aural Canyon is always good about releasing the most cosmic and healing of records, but this one is particularly calming. Each day that I’ve come home from work to listen to it, I have found myself spacing out to the point where I lose awareness of my surroundings. The electronic pulses and astral waves transport you to dimensions that are alien and yet also comforting.

Weston is able to conjure up a wide range of diverse and complex emotions in his music, all while keeping his recordings completely minimalist. In that way, his work is reminiscent of early Neu! or Edgar Froese.

Preorder this cassette ahead of it’s Friday release via the great people over at Aural Canyon.

If you like the stoic distorted garage pop of bands like Beat Happening, Eric’s Trip and The Vaselines, then you’ll instantly fall in love with Special Friend. This Parisian lo-fi duo crafts together songs that are so catchy and so damn likeable, it’s almost unfair.

Every song on this ten-inch EP demands instant replays, and will frankly be stuck (pleasantly) in your head for the rest of the day. The record is filled with buzzing guitar, absurdly strong hooks and charmingly nonchalant harmonies that’ll leave you craving for more.

Check out this band and their Damon & Naomi-meets-Codeine vibes out now!

Die Geister Beschwören – Drawn To The Investigation Of Shadows

This is a record that is filled with nothing but unexpected turns and otherworldly atmospheres. One minute, a combination of eerie bells, ominous drones and spooky field recordings places you in a funeral march in the Carpathian mountains, then the next you’re sliding down a slippery slope of sitars, gently plucked acoustic guitar and tense, chant-like vocals.

Singing saws, theremins, trombones, tamburas and a whole cornucopia of other unusual instruments sway and tangle around a multitude of ghostly samples here, creating one of the most unique blends of sounds and textures that you’re likely to find this year.

If you’re like me and you love listening to albums that make you say, “wow, I’ve never head that before,” then you’ll want to explore this and their rest of DGB’s records. Click here to take the deep dive that you know you want.

Cherry Park – “Captain Bullseye” / “All Around the Moon”

These songs positively glow with the luminescent shades of ELO, Brian Wilson, and even The Millennium. Yet apart from the various sonic references, these are some beautifully composed songs with stellar production. It makes one hope that a similar movement to the ’90s Sunshine Pop revival (with bands like Apples In Stereo and The Sunshine Fix) is on the horizon.

If you’ve got a sweet tooth that can’t be satisfied by what’s on the radio, then try some Cherry Parke right now. 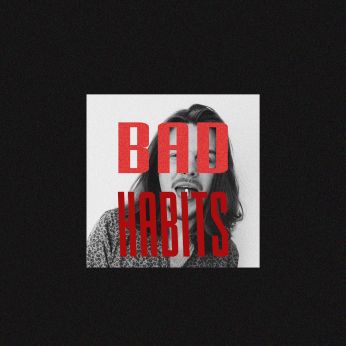 Lastly, we have a new DIY artist by the name of B. Disco. His new song, “Bad Habits,” debuts Friday, and it’s the lead single from his upcoming debut record, This is Not an Exit.

The tune, which sounds like a blend of early ’80s Bowie (especially Disco’s baritone vocals), Berlin-era Iggy Pop and fellow offbeat DIY songsters like Cleaners From Venus and Stephin Merritt, is a minimalist synth-driven slow dance tune that would have fit in perfectly on a John Hughs soundtrack.

If you’re a fan of New Wave or DIY pop, then head straight over to Disco’s Spotify page. You won’t be sorry.