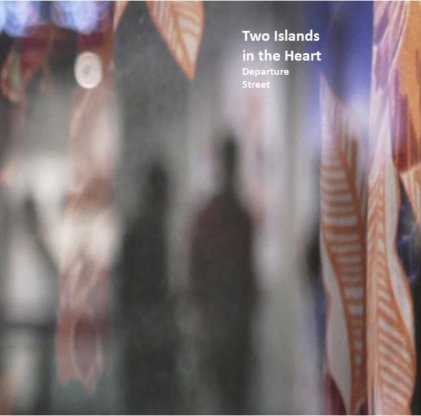 Departure Street, AKA Allan J. Kimmel, creates tranquil electric guitar meditations that sprawl and explore like the hungry tendrils of an aggressive ivy.

Kimmel, who hails from both America and France, has filled this record with nothing but vividly surreal instrumental soundscapes, which are comprised purely of his multitracked and effects-laden solo guitar. Across the record’s nine tracks, Kimmel takes his unique brand of psychedelic loner-folk, and stirs in elements of reverb-heavy ambient music, cosmic American primitivism and even some Middle Eastern folk traditions. The resulting brew is a heady yet mellow mix that glides along with a pleasant ease.

While the album feels like one large suite, “Ascension” is certainly a highlight. David Gilmour-esque slide guitar coasts through slow waves of spacey, repetitive riffs, all while Kimmel laces melancholic solos across the entirety of the piece. There’s a heavy atmosphere in “Ascension,” and it makes you think about people and places that you’re nostalgic for, or pleasant dreams that you’ve once had. It’s certainly a comforting recording, but there is some sort of loss hidden just below the surface.

Two Islands in the Heart is a complex record despite its minimalist approach, and it’s an unexpectedly emotionally charged one, as well. If you are a fan of Steve Palmer’s latest record, Cian Nugent or David Grubbs, then you need this album. You can grab it for free right here.