How are we already in August? AUGUST. Anyway, while I figure out why time has become so distorted, here’s some great new music: 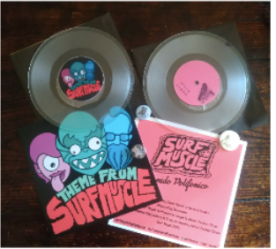 Released through the ultimate craftsman of handmade records, Sonido Polifonico, this seven-incher grooves like the soundtrack to the best ’60s B-rated surf flick that you’ve never seen.

Guitar freaks will flock to this release for its Dick Dale-esque solos and chilling use of tremolo. The group gets the tone and feel of classic surf down so perfectly on these tracks, you’d swear that these recordings came from a lost Ventures session.

Next time you find yourself on a socially distant breach, bring this single along with a portable record player. You won’t be disappointed.

Order your copy today and be sure to follow the band for more excellent cuts of killer surf rock. 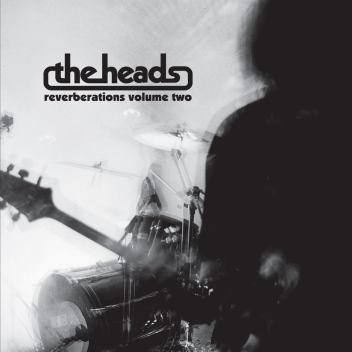 Freshly harvested from the archives, The Heads’ 2001 performance at The Gnostic Bash: A Tribute to Kenneth Anger, is an eruption of raw untethered acid rock.

The legendary psych lords are in absolute top form here, as they jam ferociously through two songs for a solid and uninterrupted 40 minutes. Primal beats and troglodyte riffage abound, as the group chugs away like a speeding freight train that’s about to derail in a fiery explosion.

For the uninitiated, The Heads slam like a modern day Blue Cheer trying to out-fry Hawkwind. What you hear on this record is a fine example of what made this band so infamous, so if they’re new to you, this is a fine place to start. Be warned though, you might be reduced to a trembling puddle of unresponsive goo by the album’s end.

So maybe The Heads have you feeling a little…burned out and you need to perk up again. So why not try  psychedelicized champeta music?

Champeta is a style of dance music from Columbia that combines Latin rhythms with elements of Afropop; and Abelardo Carbono is a master of the genre.

Joined by Eblis Alvarez (of Los Pirañasis and Meridian Brothers fame), Carbono and his band deliver a mesmerizingly repetitive beat, a boatload of fried riffs and an addictive melody that will prompt you to hit the repeat button immediately.

Warning: if you play this song anywhere in public, you might accidentally start a dance party with everyone within earshot. 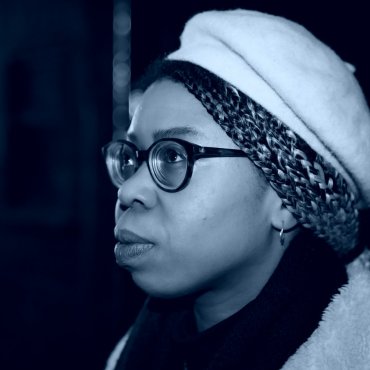 Girlhood, the new solo release by Big Joanie’s Stef Fi (A.K.A. Stephanie Phillips), is a poignant slice of minimalist post-punk that you won’t soon forget.

While more reserved than most of Big Joanie’s material, the music found on this EP focuses on the power of Stef Fi’s lyrics and the atmosphere that they create. The backing instrumentation builds upon this atmosphere greatly through a subtle use of cold reverb and sauntering rhythms.

The grungy acceptance of “Nowhere” and the lonesome melancholia that ripples throughout the title track are so personal, you start to feel as though you’ve been pulled straight into Stef Fi’s very mind.

Based on the power of this EP alone, one hopes that another solo release is already in the works (but more Big Joanie albums would be great, too!)

You can land yourself a digital copy of this release here.

To call 8 Inch Betsy iconic would be putting it lightly. The group is often quoted as being one of the greatest queercore acts to have ever appeared, and their final posthumously released record might be the greatest proof to back that claim.

The tracks on this record flow with equal parts riotous fury and expert pop punk song-craft. Imagine if you took The Muffs’ melodies and grafted them onto the grit and amped-up energy of early Misfits or L7, then you get a good idea of the strengths of of this badass record.

Songs like the title cut and “Water” smolder with pungent real-life pain, as if these recordings are directly pouring from the band’s psychological wounds. You’ll be hard pressed to find music as raw as this.

The greatest tragedy of this album is that it’s just so good. Why I say this, is that there will never be a follow up nor another tour from the group, as their main songwriter and singer, Meghan Galbraith, sadly passed away due to an illness before the record’s release. You can’t help but wonder what could have been for Galbraith and the rest of the band, had she been able to live and see the inevitable success and praise that this album will surely receive.

At the very least, 8 Inch Betsy has left the stage on an extremely high note. So please pay your respects and listen to this album with the knowledge that you are hearing a great musician’s final artistic statements.

You can pre-order The Mean Days ahead of its August 13th release date right here.

Featuring Profe Fool’s Amiri Brown on vocal and production duties, this single feels both mellow and full of life. There’s a kind of jazzy groove to the track, which allows for Brown to deliver each smooth verse with utter ease.

Meanwhile, the group’s guitar and drums flux from mellow to chaotic, giving the whole track a slight unhinged quality, which helps to build a fitting atmosphere behind some of Brown’s heavier lyrics.

If you dug this track, definitely try out the band’s previous single, “Self Induced Amnesia” (also available on Spotify).