Hey folks, I hope you all had a good Record Store Day last week. I know I did even though it was the first RSD I spent at a different store in years and even though I didn’t get there first thing in the morning and missed a few records I had on my to-grab list (such as the Bardo Pond Rise Above It All 12″). I got there hours after the start and there was still a long line going outside the shop and the place was absolutely packed. It’s good to see this at an independent record store today, especially out here in New Jersey.

Despite the long lines and not getting there at the opening time, I was still able to track down several records that I had been dreaming about since the RSD release list appeared some weeks back. Here’s what I got and what I thought about them:

This purple vinyl somehow nearly escaped my eye even though it was one of the records on the top of my want list. Thank god I came across it, because it’s so good, I can’t seem to stop playing it.

The title track and “Food for Clouds” on the A-side both feature a combination of the electro-psychedellia found on 2012’s Aufheben and the mellotron-backed acid rock from the classic 2001 record, Bravery, Repetition and Noise. The third track, which takes up all of side B, “Everything Fades to White” is certainly closer to the swirling kaleidoscopic wash of digital and analogue sound that Anton Newcombe explored on Aufheben. With drones from various ethnic instruments, chanting and various other sounds flowing around a repetitive drumbeat, this track isn’t too unlike a communal jam from one of the wilder Kosmische groups (such as Amon Duul).

On the back cover, there’s a quote from Anton that says: “I honestly have no idea what I am doing, or how I should be doing it. I hope you enjoy how that sounds”. To that, I say that I certainly, certainly do. 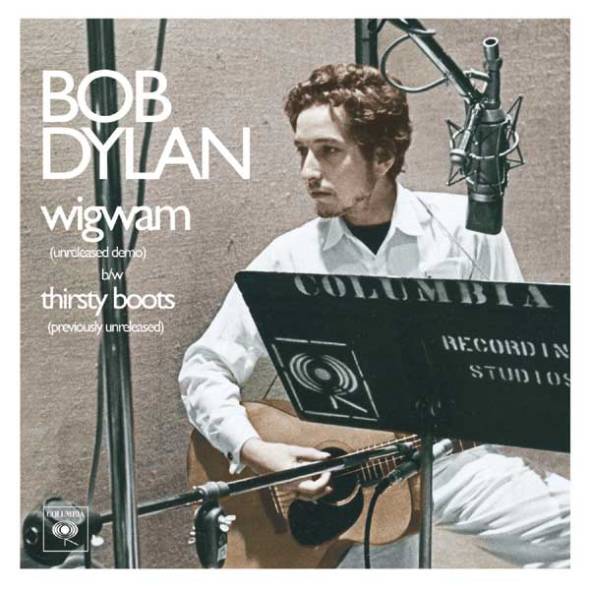 I have to say that I am definitely a big Dylan fan and am willing to invest in just about anything he puts out, new or old. Admittedly I am a bit more interested in his 60s and 70s output than everything that came after. I recently became highly specifically enraptured over those few years at the end of the 60s where Dylan was mostly in hiding and trying to reinvent himself, finding himself again, etc. These years brought us the greatness that is The Basement Tapes and underrated beauties like New Morning, John Wesley Harding, Nashville Skyline, Self Portrait, etc. So when I heard that they were going to put out a single of two unreleased songs from this time period as a preview for an upcoming volume in his official bootleg series that collects unreleased material from these unusual years, I freaked.

The tequila infused A-side, “Wigwam”, is an unreleased demo version, and it proves that even a demo in the hands of Dylan can be a beautiful thing. It’s truly amazing that this simple demo recording of an instrumental track can pack enough emotional weight and subtle charm and still be regarded as “unfinished”. It makes you wonder why it wasn’t released the way it was in the first place.

The B-side, a cover of a song by Eric Anderson, is also a wonderful recording that deserves to be replayed over and over again and begs the question as to why it’s remained unreleased for so long. Acoustic guitar, harmonica and piano delicately compliment Dylan’s velvety croon in possibly the most perfect way possible. Even though the song doesn’t sound country or old-timey like, it does somehow conjure up images of the old West and cowboys riding back home from town.

Roky Erickson and The Aliens

This reissue of a single that Roky Erickson put out with his band, The Aliens, back in 1980 truly shows that Erickson is not just a legendary psychedelic rock icon, but also an incredible churner of catchy pop-rock tunes.

Both the A and B sides are catchy and listenable as hell. Erickson’s great vocals lead both songs through infectious choruses and verses that lyrically include some of his monstrous trademarks (like devils, vampires, demons, goblins, etc). The cutting guitar work, heavy drumming and overall warm production quality put these tracks right at home with the best of the alternative rock singles of the 80s.

Unfortunately, my copy of the single is not one of the 25 that included an autographed photo of Roky Erickson. Damn. 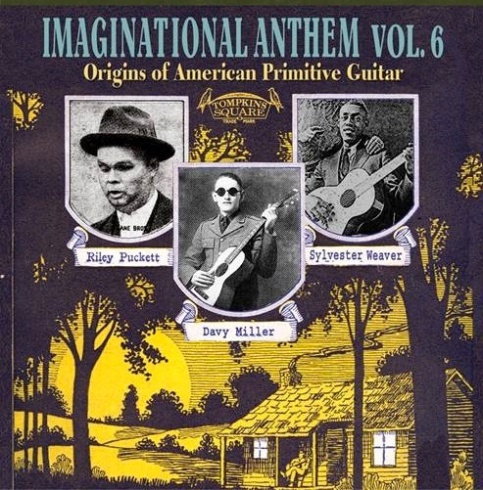 American Primitive Guitar music is just fantastic. I’ve been after the previous entries in this series of albums that collects this type of music (including the likes of John Fahey, Jack Rose, Robbie Basho, Glenn Jones, etc) and I never was able to track them down, so when I found this volume right before I left the record shop, I grabbed it and held it as tight as I could.

The tracks featured on this record were what influenced the likes of John Fahey and the other guitarists of his generation, so they all date from the early half of the 20th century and are pulled mostly from 78s. Featuring the likes of Riley Puckett and Davy Miller, this record sucks the air out of the room, grabs your attention and holds it there until the needle lifts off of the end of side two. You can almost hear the dust and vast openness of the rural settings that the majority of these songs originated in. These might be some of the earliest of the guitar greats and you can definitely tell why this might be true in every single track. I need volumes 1-5 right away.

What did you guys get?