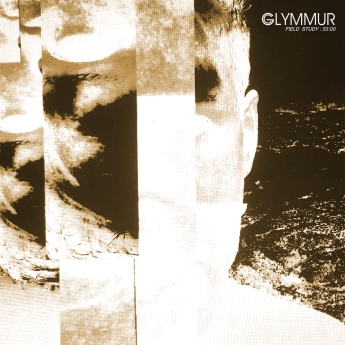 To say that Glymmur, real name Drew Gabbert, is a dark ambient musician, wouldn’t be really giving him enough credit. He’s more of a sculptor of sound. On Field Study…Gabbert takes recordings of himself playing guitar and all sorts of other instruments and objects (including xylophones and dog toys) and mangles, distorts and molds them into entirely new forms. He then cuts these tracks up and weaves them into jumbled and sometimes jarring samples of various field recordings. The resulting pieces are transfixing, charmingly idiosyncratic and even quietly intimate.

Throughout the album, these field-recording snippets suddenly burst through the music without warning, often bringing a sense of chaos and dissonance. As the liner notes state, these tracks were made to convey the feeling of anxiety attacks, and as you can hear in songs like the erratic “Collage” and the discordant “Open Ocean”—Gabbert was indeed successful.

For example, during many songs, tangled cobwebs of rumbling reverb-glazed guitars are interrupted by distant TV chatter, random bludgeoning percussion and sharp, metallic clacking, making the listener feel both alienated and apprehensive. It feels as though you are exploring the sensory portion of a brain as it processes its surroundings during a panic attack.

Yet the musical, tonal portions of this album are peaceful enough that the overall listening experience is certainly a cathartic one. “Sleep Wand” is a great model of this duality, as its pulsing guitar loops lull you into a tranquil state, despite the collage of unexpected voices, door creaks and other sounds that creep into the mix.

Do you know someone who might suffer from anxiety and want to be able to relate to them a little more? Then be sure to give Field Study: 33 Minutes a listen.

This healing tape will be available through Aural Canyon Records by November 30th, but you can pre-order it now right here!